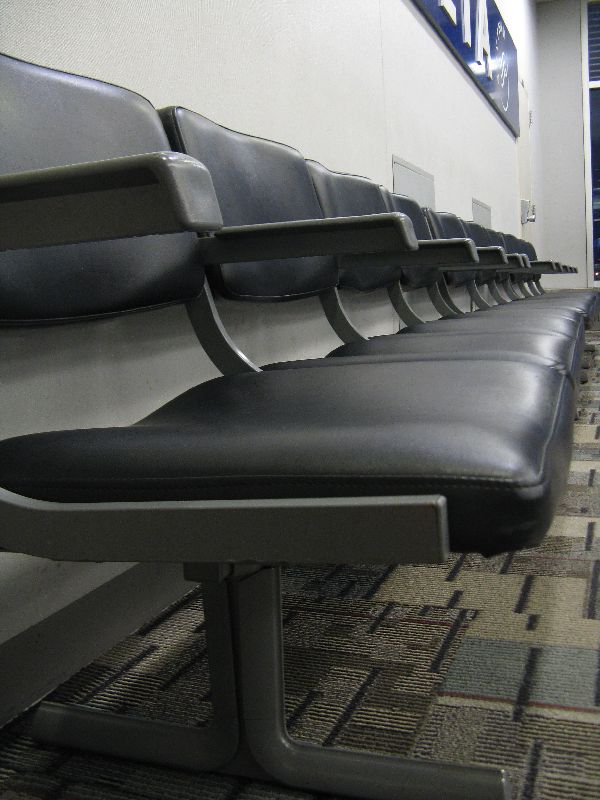 It all started with the fog.  It crept like a wraith, obscuring the landscape under a fluffy, ethereal blanket.

From all that I can tell from my post at the re booking center at the MSP airport, parts of Minnesota as well as North and South Dakota have been eaten by a giant fog monster are are yet to be regurgitated from the stomach of the beast.

So, the last couple of days at the MSP Airport have been unfortunate, to say the least. 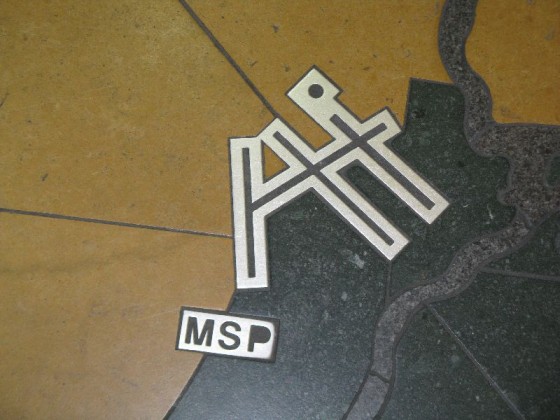 No one expects when they go to the airport to go onto an airplane that they will be going onto a bus instead, but this situation happened more than once today. We put plane loads of passengers trying to get to Grand Forks and Fargo onto buses today.

Their luggage was loaded and secured underneath, and they were boarded down the jet bridge just as if they were going onto an airplane (they even get pretzels, cookies and soda as they board) but instead of going onto an airplane, they went out the door and down the stairs onto a waiting bus to get them to their final destination, despite Mother Nature’s attempts to prevent this from happening. We have worked very hard for our passengers in the last couple days (I worked for 9 hours today and barely got time to eat a meal).

Despite the many frustrating moments today, I encountered many great passengers today. Among these is the nice family of four that were in good spirits despite all of the challenges and were going to go back to the hotel tonight to relax and come back again tomorrow to give it another go (they waited patiently for 20 + minutes for me to complete their re booking and re-route their luggage down to the baggage claim.)

There was also a mom tonight who I really felt for, who did not want to take her three little children onto a 5.5 hour bus ride if she had any choice (I am not sure if she did have a choice in the end, as more flights continued to cancel throughout the night.) 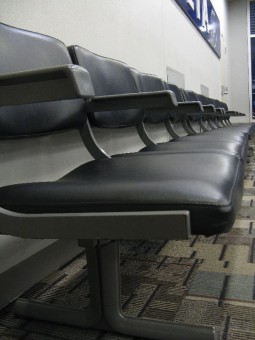 First and foremost in my mind on my list of tonight’s crazy people was the man in the [undisclosed] colored shirt who talked to me, all of my co workers at the help desk, all of my supervisors and my manager and still did not get the answer that he was looking for (despite our best efforts, we still have not gained ultimate control of all weather patterns and so thus, we had no good reply for this man).

I herd that the situation escalated until the man was proclaiming in front of my supervisors and a whole flight full of passengers that we were putting all of these people onto buses to take them out in to the middle of the no where to drop them off to freeze to death and that he would be reporting us to CNN news. Wow.

Then, there was the hillbilly couple who acted like they had never been out of their little corner of the world. I could sympathize with them until the wife started swearing at me, and then I lost some of my patience (the threshhold for tolerating verbal abuse is normally not breached so quickly, but it had been a long day).

I felt the most sympathy for the husband, as he seemed like a gentle man and he seemed to be doing the best he could to placate his crazy, raging wife, but to no avail. Despite being sworn at, I still gave them a discounted hotel voucher and let them use our phone to call AND I looked up the phone number for the grey line bus for them (without a word of thanks.)

Many people got angry tonight about the flight cancellations due to the un- abating fog. If this continues into tomorrow  I have decided that this is how I am going to explain the situation to them in terms that are apparently more easily understandable than the terms that I had been using: “If it is foggy and you can’t see anything the plane can take off because it is not going to hit anything above it {gesturing wildly in the air to make sure I am understood} When the plane lands and it can’t see the ground  it can crash into the ground because upon landing there is something below for it to hit {spoken in slightly condescending tone}.

This should be pretty clear, right? 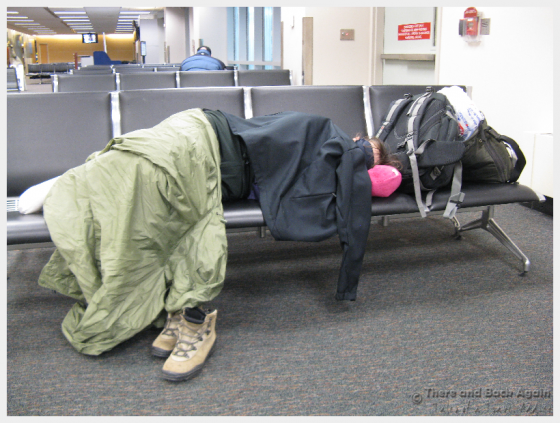 So tonight, my heart goes out to all of the nice, decent people on the bus or stuck
in the MSP airport who are doing the best that they can to remain calm, reasonable human beings caught up in an unfortunate circumstances.

As for the rest of you, many of you tried to break me tonight  but you didn’t even come close (you have just driven me home to drink, which is a common outcome of working at an airport )

Until we are granted powers over the forces of heaven and earth (ie: the weather), myself and my co workers at MSP will continue to work hard for our passengers (even those that curse and swear in return).

Luck of the Irish: Our Dublin Standby Travel Adventure

A Day of Flying Standby

Late Night at the Airport; Overcoming Communication Barriers While Half Asleep