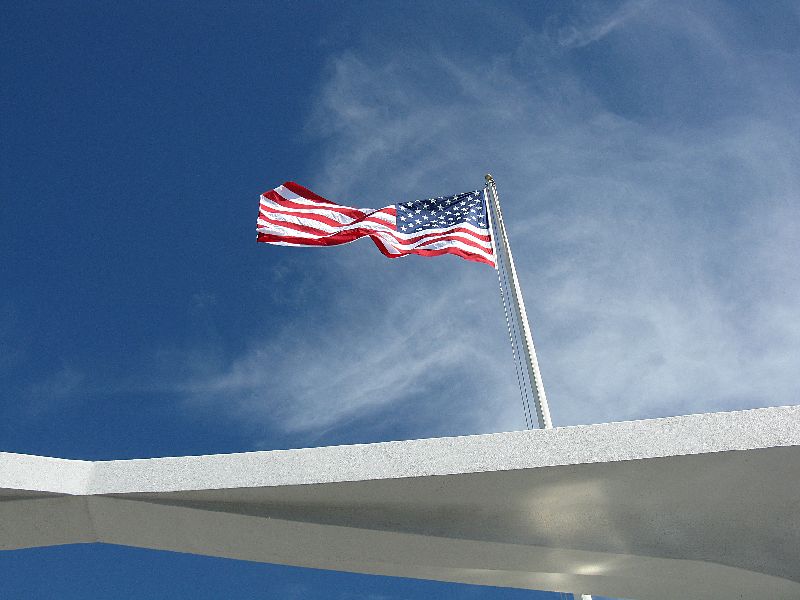 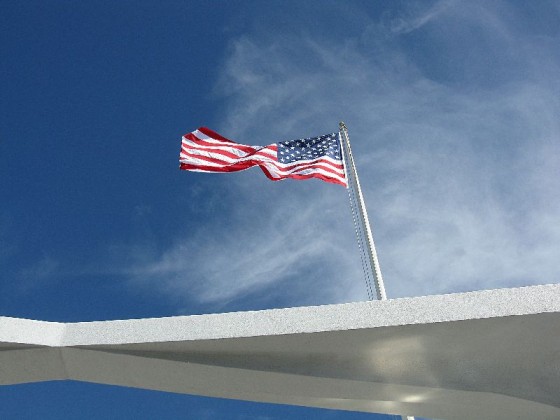 A moving picture of the flag at the USS Arizona Memorial commemorating the Japanese attack on Pearl Harbor.  The Japanese made a surprise attack on the US Naval Base at Pearl Harbor, Hawaii in the early morning hours of December 7, 1941.  This marked the beginning of the US involvement in World War II.

Though it was a horrendous attack our soldiers fought back valiantly.  All but three of the ships that were attacked were repaired and brought back into service.   Many of them went to fight the Japenese at the battle of Midway, which was a crucial turning point in the war.