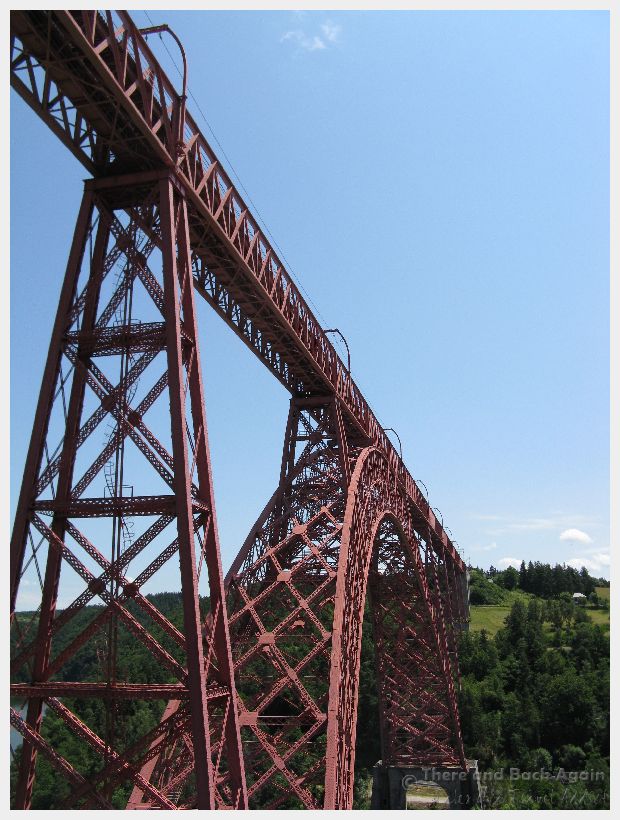 The Garabit Viaduct in the South of France
***This post may contain affiliate links. Also, As an Amazon Associate I earn from qualifying purchases. Please see my full disclosure policy here for more information.

So, silly me.  I thought that Gustave Eiffel’s only masterpiece was that crazy pointed tower in Paris!  I discovered this summer that I was so wrong!  Mr. Eiffel was a busy bee, and he designed structures in countries all around the world.

In addition to having his fingers in the design of a certain well known statue that was gifted to the US by France and stands over Manhattan, Mr. Eiffel designed an impressive list of other projects, making a huge impact on architecture styles all over the world.

This summer, on our trip to France and Portugal, I stumbled across three of Mr. Eiffel’s works (pointy tower included:)

Coming across this gem was literally by chance-a random turn off of the motorway taking us in an unexpected direction.  I didn’t even know until later that Mr. Eiffel had been so involved in its creation (though if you look at the design elements of the bridge and the Eiffel tower, this might give you a clue!)

The bridge was built by Gustave Eiffel between 1882 and 1884, and it is located in central France.  It is a huge and impressive span, and its striking red color makes some picturesque photo opportunities (best of all…it is a little “off of the beaten path”, so few tourists to be seen!)

We continued from our detour at the viaduct along from the bridge along pleasant country roads and discovered how great travel can be when you just get off of the motorway!

Ah, the iconic tower that defines Paris for so many people around the world. Obviously, the Eiffel Tower was built my Gustave Eiffel, but what you might not know is that before its construction, there were actually a whole list of people who signed a petition against this lovely iron lady (how could you not love a pretty face like that?!)

The tower takes 57 tons of paint ever 7 years to keep it looking fresh and pretty (and you thought that the lady in your life used a lot of makeup!) 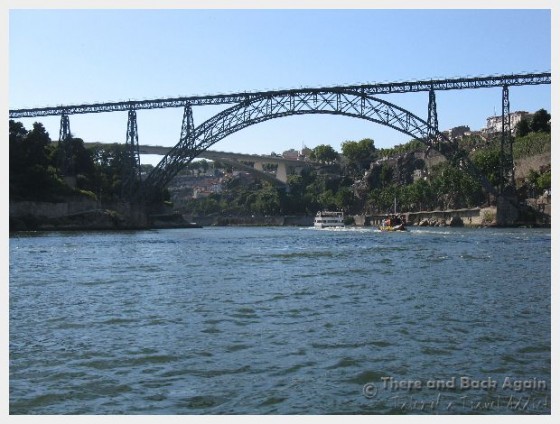 This bridge is a big point of Pride in Porto.  At the time that it was built in 1877 by Gustave Eiffel, the bridge had a longer span than any other bridge in the world (at the time, a bridge crossing the Mississippi River in St. Louis held that title.)

And what an appropriate place for such a magnificent bridge!  It is in good company, with 5 other bridges connecting the city of Porto to the city of Gaia across the river.

You can get a magnificent view of the bridges by taking one of the many river cruises that leave from near the Port wine warehouses by the river (the one that we took was only 10 euros, and gave us a scenic cruise and some great background on the city of Porto!)

If you enjoyed this little snippet of history, check out these other great historically based pieces that I have written:

Koper and Izola Slovenia: A Worthy Daytrip from Piran

What to See In Ireland : The Best Neolithic Passage Tombs